On May 7, the judicial branch of the Hong Kong government submitted a paper to the Legislative Council (LegCo), introducing a mechanism with two layers to handle public complaints about judges and marking a significant step in the reform of the judiciary.

In the first layer, the judicial secretariat receives public complaint and conducts an initial assessment to see whether the complaint concerned should be followed up and investigated. If the complaint is decided to have follow-up action, then a committee composed of more than one High Court judge will investigate the severity and complexity of the complaint that led to widespread societal concern. This committee will complete a report and then submit it to the second layer of the mechanism.

The second layer will be composed of a consultative committee in which the report from the first-layer committee will be supervised and discussed. The second layer committee will give advice. The committee will be chaired by the Court of Final Appeal’s chief judge and composed of other judges and the “experienced and knowledgeable” societal elites who are professional and who have community and public service experiences. After the Chief Justice considers the opinion of the consultative committee, he or she will make a final decision and then the judicial secretariat will take follow-up action based on the result of handling the complaint concerned. 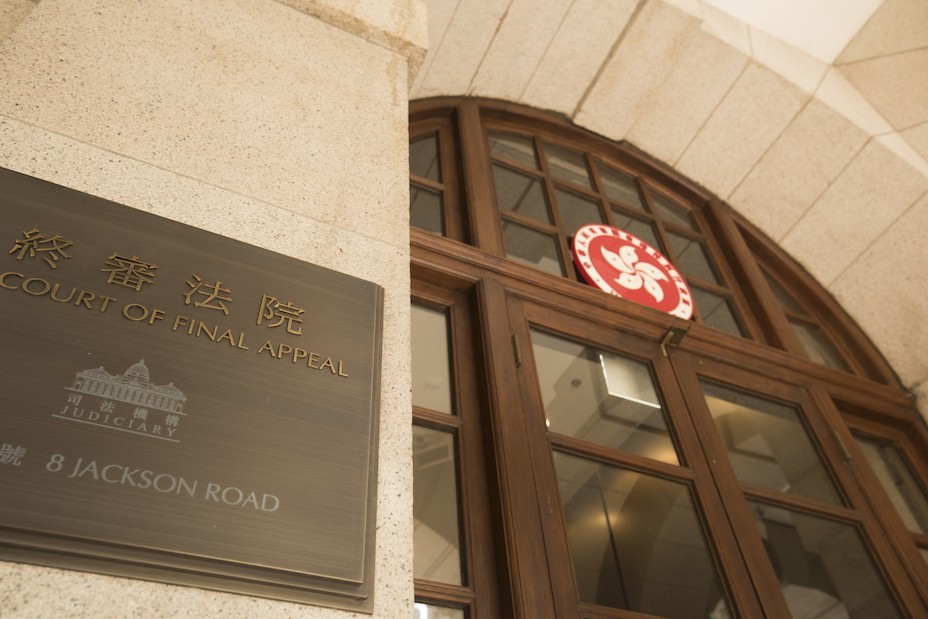 The second-layer committee will meet regularly. The Chief Justice, after considering the severity and the degree of societal concern about the complaint, will decide whether the result of handling the complaint will be publicized. If publicized, the report will be uploaded onto the judiciary’s website so that members of the public can have access to it.

LegCo member Holden Chow, who is also a member of the Democratic Alliance for the Betterment and Progress of Hong Kong (DAB), said that the judicial branch adopts a proper attitude toward judicial reform, which can and will help maintain the credibility of the judiciary and consolidate public confidence of the judiciary. Chow stressed that the new mechanism must maintain the principle of the rule of law, meaning that the complaint can only touch on the behavior and conduct of judicial staff members and that it cannot touch upon the verdict and result of the court case (Tai King Pao, May 8, 2021, p. A6). His party and LegCo colleague, Elizabeth Quat, said that the judicial branch should clarify the criteria of regarding public complaint as “trivial” and “unreasonable.” She hopes that the judiciary will move toward another reform, namely considering a committee that would assess the sentencing decisions for the sake of “consolidating Hong Kong’s status as a legal transmission belt.”

However, the former chairman of the Hong Kong Bar Association, barrister Alan Leong Kah-kit, said that judicial reforms were made as a “compromising alternative” because of “tremendous political pressure” (Apple Daily, May 8, 2021, p. A7). He suggested that the composition of the committee should consider the method of investigation of the Bar Association, namely a committee composed of one senior barrister, one barrister with at least seven years of experiences and one member of the public – a set-up that can ensure that the number of the societal member cannot override the profession. Leong also stressed that the consultative committee members should be led by the judicial branch to avoid the influence of public opinion on the decision of court judges in the future.

On May 8, an editorial of Wen Wei Po praised the reform introduced by the judiciary, saying that the reform can change the situation of public criticisms of the judicial staff members investigating themselves without external scrutiny (Wen Wei Po, May 8, 2021, p. A6). According to the patriotic newspaper’s editorial, in the recent years, some judges have been questioned on their decisions which “could not bring about justice.” Moreover, some of their verdicts were “emotional.” The editorial argued that because the judiciary lacked public supervision, it became “an independent kingdom” to some critics and was “lenient” in dealing with violent cases. The judiciary, according to the editorial, should gain public confidence by having public scrutiny so that fairness and justice can be achieved. The editorial contended that injecting public participation in the supervision of the judiciary can “strengthen the scrutiny and accountability” of court judges and judicial personnel, thereby making the judicial branch’s handling of complaints “more transparent” than ever before. Finally, the editorial cited the examples of the US and UK in setting up special committees with public participation to enforce the process of judicial reforms. The reform in Hong Kong, according to Wen Wei Po, can “increase the judiciary’s accountability” on the one hand and “maintain the invaluable asset of Hong Kong’s good rule of law” on the other hand.

Wen Wei Po cited the rising cases of public complaints as a reflection of the need to introduce judicial reforms. The numbers of public complaints were 36 in 2018, 15 in 2019, and 4,531 in 2020. Among the 4,531 cases of complaints in 2020, 4,510 cases were concerned about the improper handling of legal procedures, eight cases touched on the attitude and behavior inside the court, seven cases were about review of the court’s handling of complaints, one case was about improper conduct outside the court, and five cases were about two of the mixed complaints mentioned above.

In conclusion, the Hong Kong judiciary has taken the initiative to improve the mechanism of handling public complaints. Supporters of the reform maintain that it can improve the accountability and transparency of the judiciary through the introduction of the two-layered complaint mechanism and the enhancement of public participation. Critics of the reform have suggested that the composition of the committees handling complaints should maintain the numerical superiority of the legal professionals and experts. It seems that the tug-of-war between supporters and critics is now tipped in favor of the former, but it remains to be seen how the detailed composition of the two-layers committees will be designed and crafted later.