Ming, you are and will be dearly missed!

Undergraduate experience is always memorable; mine was not only memorable but formative too, effecting a metamorphosis in how I study and think.  Professor Ming K Chan, who preferred to be called “Ming Chan” or simply “Ming”, is one of the four persons that helped induce such a change.

I took Modern China in Year 1 at the History Department of the University of Hong Kong.  It was a huge class with more than 120 and taught by four professors including Ming. By chance, I was not even once assigned to his tutorial group.  Lecture hours were the only contact that I had with him. He was one of the two professors whose teaching styles I enjoyed the most. These two professors did not read from notes – they spoke as if they were sharing what was always on their mind. They wrote little on the whiteboard.  Their choice of words was concise and precise, as if they were rehearsing a piece of soliloquy. Ming was one of the few academics who used rather emotive (sometimes sarcastic) adjectives in describing historical events and personalities, betraying a passionate and forthright character beneath an academic garb. 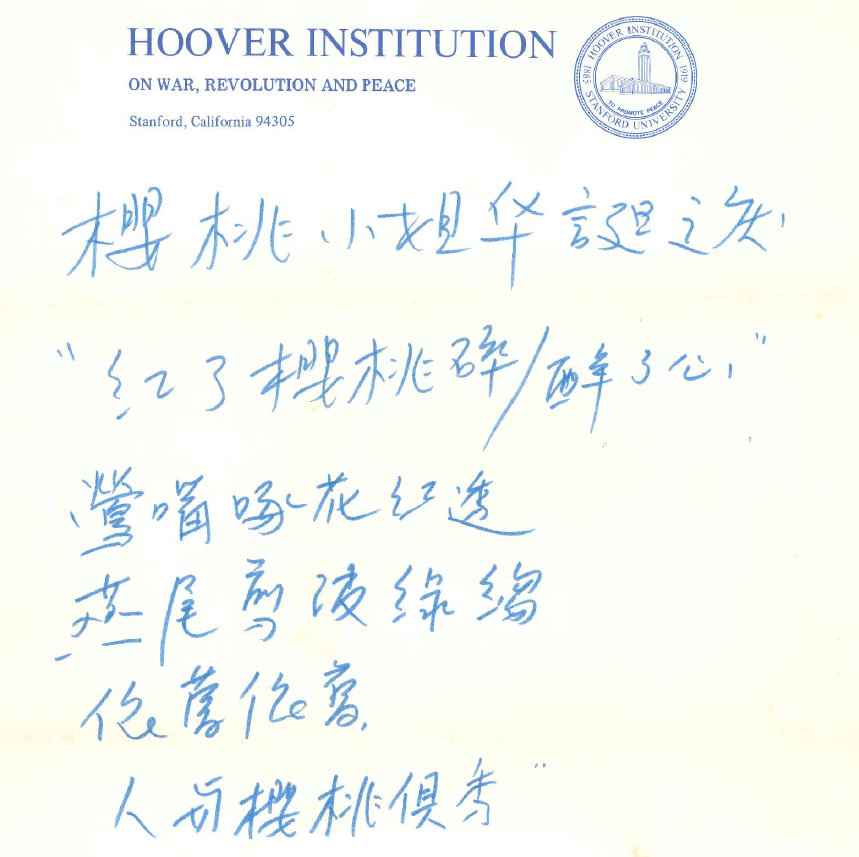 I worked hard and played hard.  Seldom would the bibliography of my homework comprise fewer than 20 items.  I loved History (and still do) and was frustrated by the grades that I attained (often between C+ and B-).  In the final semester, to enable an in-depth appreciation of the relevance of nationalism, militarism and democracy to the development of modern China, the class was divided into six teams to research into one of these themes.  I was asked to be a team leader. On a fortnightly basis during those three months, the team leaders presented progress to the whole class and were grilled by the professors and the students. As final exams were approaching, more often than not, team leaders ended up doing most of the reading, thinking, writing and presenting.  At the fortnightly sessions, Ming was always the one talking the most and grilling the team leaders the hardest. Without exception, I started off thinking that I had prepared well, knowing all the facts, but ended up feeling defeated and overwhelmed. I pondered over the questions and comments made. Towards the end of the thematic study, all of a sudden, I came to the realization that the professors were not interested in my regurgitation of facts and figures.  Rather, they wished to know more about my selection of facts among the mass array of historical data, how I forged linkage among them, how I made sense of the perplexity of many parallel strands of developments, how I interpreted and conceptualized the data and eventually, how I presented them in a framework that was capable of giving a trend analysis without sacrificing accuracy that acknowledged the fullness of the historical context. In short, I must use data to rise above data.  I deployed this approach in the final thematic report as well as in the way I tackled questions in the Year 1 final exams. Bingo! I got the first ever A’s in my undergraduate study.

In the margins of the final thematic presentation, Ming asked me to take his Labour Movement in Modern China course in Year 2.  I did not give him an answer instantaneously. I did, eventually, enroll in the course after learning from senior year students that the course was well-taught and worthwhile. It was a small class with fewer than 20 students.  Lectures and tutorials were indistinguishable and all classes were highly interactive.  Ming talked not only about labour movement but used labour movement as a vantage point to look at modern China.  He referred to not only hard facts but also interesting tidbits of the concerned era and personalities therein. (I heard about Mei Lanfong（梅蘭芳） for the first time from him.)  He invited Mr Lau Chin Shek（劉千石）, a veteran labour unionist, to our class twice.  He also showed and discussed with us the movie Casablanca including the dilemmas faced by the protagonists.  At the time, I merely found it fun and a nice break from routine. Looking back, I think that he was trying to tell us that life was history in the making.  We should read widely, be curious about important details, feel the fullness of the society, try to step into the shoes and adopt the perspectives of the personalities being studied – only then could we understand and interpret meaningfully.

With the stimuli from Ming (and a few others including a postgraduate student who inculcated in me a habit of book-shopping and frequent browsing of academic journals), towards the end of Year 2, I developed my own approach to studying history which I found efficient, effective and enjoyable.  In gist, I would first construct a mental time-line of the key facts and then read widely covering not just academic publications but also other genres such as biographies, cartoons, newspapers, novels, etc. of the time. Over time, the mental picture of the era under study would become very colourful and rich.  In reading journals and books, I would skim through very quickly the narrative parts and focus on the analytical frameworks adopted by the authors, particularly the underlying assumptions. In my homework and exam essays, I would focus more on comparing the frameworks and the analyses rather than regurgitating the facts. Facts still featured, not as isolated pieces, but more as incidents to highlight the historical evolvement (where the forces of breaks and continuity were constantly at work).

Ming cared about his students.  He did not mind us dropping by without any notice and simply spending time chatting away.  His office was the place where we would loiter when we had no class nor wished to go to the library or the canteen.  He teased my then boyfriend and me, and comforted me when he learnt from the others that we had quarreled.

If I could turn the clock back, I would not mind re-living every single minute of my undergraduate years.  Those three years were so unforgettable and fulfilling because I had the fortune to cross paths with inspiring and caring people like Ming.  Ming, you are and will be dearly missed!